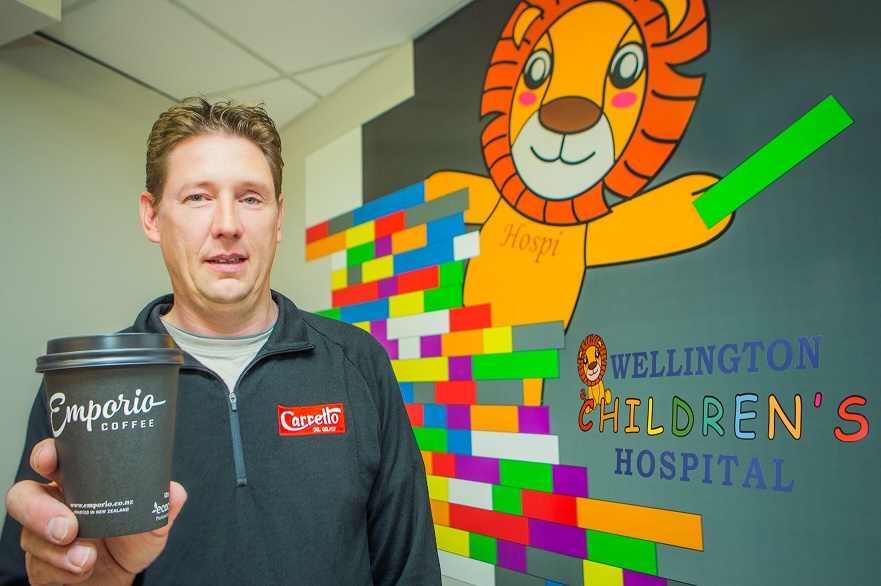 For the entire month of May, Wellington-based premium gelato producer Carrello Del Gelato, is running a promotion to support the Wellington Children’s Hospital.

Grab a coffee from the Gelato Concept Store on Oriental Bay before 12pm during May, pay only a $2 Gold Coin, and 100% of the proceeds will go to the Wellington Children’s Hospital Trust.

Carrello del Gelato’s chief executive Nathan Meyer said, “The Children’s Hospital is a really deserving cause and this is one way our customers can support the hospital and the work it does while enjoying their morning coffee.

“My children have not required the Children’s hospital’s services, but it’s reassuring to know that we have such a great Children’s Hospital in Wellington for those that do.

“We’re donating the coffee, milk, and labour and our customers are making a $2 Gold Coin Donation.”

“The Gelato Concept Store enables us to provide a unique customer experience, something that we hadn’t been able to do before as a producer, and at the same time it has helped raise the profile of the Carrello del Gelato brand.”