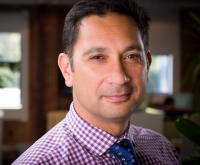 Raukawa ki te Tonga AHC Limited (AHC), the commercial and investment arm of Raukawa ki te Tonga Trust (the Trust), has appointed Guy Royal – Ngāti Raukawa, Ngāti Tamaterā, Pare-Hauraki, Ngā Puhi & Ngāti Hine – to its Board. This follows the recent restructuring of the AHC’s governance from a Board with Executive Directors to a non-executive Board and a Chief Executive.

Raukawa ki te Tonga Trust was established in 2010 as the Mandated Iwi Organisation under the Māori Fisheries Act 2004. The AHC is a wholly owned subsidiary of the Trust responsible for managing and growing the fisheries settlement assets of the Trust.

Debra Birch says, “Guy Royal has over 20 years’ experience as a commercial corporate lawyer and has advised clients in New Zealand, Hong Kong, Vietnam and the United Kingdom. He specialises in joint venture arrangements, and mergers and acquisitions, in particular he has experience working with indigenous groups.”

He has extensive governance experience and is currently a director of CH4 Limited, a marine-farmed methane inhibitor for the agricultural sector; Tuia Group Limited, a privately-held professional services firm; a partner with Tuia Legal; and a director of ColabNZ (2 Kitchener) Limited, co-working and shared workspace business. He was previously on the Board of Kiwirail Holdings Limited, Chairman of Toitu Te Waonui Limited, New Zealand Fast Forward Fund Limited, Crown Forest Rental Trust, the Film and Literature Review Board, among others.

Guy’s legal career began with Bell Gully in Auckland in 1993, he subsequently worked as a Solicitor in Hong Kong, as in-house counsel with CDC Capital Partners in London and held positions with law firms Pinset Curtis and Richards Butler.

In 2003 Guy returned to New Zealand and established a specialist firm Tuia Group to provide legal and commercial advice to clients including Māori entities on large-scale commercial transactions.  Tuia Group (through its arm Tuia Innovation) has now expanded into investment into innovative technology-focused businesses which Guy sits on the Boards of or provides advice and mentorship.

Guy has a passion for driving new economy technologies and approaches into the Māori economy and its assets base.

Debra Birch said, “Guy brings commercial and governance experience to the Board and we look forward to working with him as we further develop and grow our asset base and revenues, and continue making significant distributions to the Trust to be utilised for charitable and cultural purposes for the benefit of Ngāti Raukawa.”

Raukawa ki te Tonga AHC appoints a further non-executive director, Guy Royal
+ Text Size -
Do NOT follow this link or you will be banned from the site!