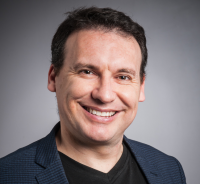 After their critically acclaimed productions of Don Giovanni, The Marriage of Figaro, and last year’s Orfeo and Madam Butterfly, Eternity Opera is returning in August with Verdi’s 1851 dramatic masterpiece Rigoletto.

Rigoletto, a disfigured court jester seeks vengeance for his own humiliation, and for his daughter who has fallen victim to the Duke of Mantua. Rigoletto is out for revenge. But he definitely won’t have the last laugh.

A tragic story of jealousy, vengeance and sacrifice, Rigoletto is one of Verdi’s most popular operas. It features some of opera’s most immediately famous music, including “La donna è mobile”, “Questa o ” and “Caro nome”.

James Clayton has been lauded by audiences and reviewers alike for his many roles with New Zealand Opera and Opera Australia, as well as concert appearances with the New Zealand Symphony Orchestra, Orchestra Wellington and with the Melbourne, Tasmanian and West Australian Symphony Orchestras respectively. ‘Rigoletto’ will be his first performance with Eternity Opera.

Rigoletto will be performed at Wellington’s Hannah Playhouse from 23-31 August.

Eternity Opera’s production was first rate – professional, accomplished and earnest. The cast and orchestra were excellent, and four leads were exceptional. It deserved its standing ovation. – Stephen Gibbs, DMS Review

Both Hannah Catrin Jones and Boyd Owen bring total commitment to their roles as Butterfly and Pinkerton – she with both vulnerability and strength across her vocal range, he with ringing tone and robust passion … Their wedding night ‘love duet’ is convincingly sensuous and endearing. – Pepe Becker, Theatreview

Eternity Opera announce their 2019 production: Verdi’s masterpiece Rigoletto in late August
+ Text Size -
Do NOT follow this link or you will be banned from the site! Original generation time 3.3385 seconds. Cache Loaded in: 0.0633 seconds.