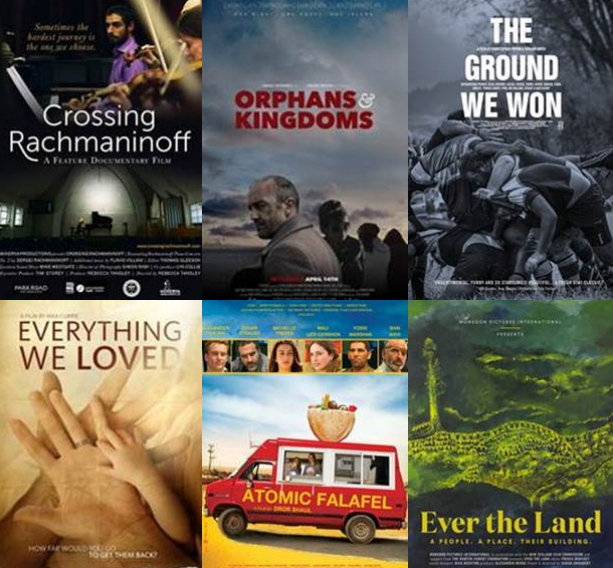 Ten New Zealand films are being screened at a biennial showcase of New Zealand cinema in China that should reach a theatrical audience of over 10,000 people in 42 screenings across three major cities.

The ten films, six features and four short films, have been chosen for this year’s New Zealand Film Festival in China (NZFF China). The 2016 NZFF China had its opening Reception and first Premiere Night in Beijing on 20 April, and will run in that city from 21-26 April. NZFF China then travels to Qidong City in Jiangsu Province where it will run from 1-8 May, and Shenzhen City in Quangdong Province (as part of the Shenzhen International Culture and Arts Expo) from 14-20 May.

The selection was made by the China Film Bureau with the New Zealand Film Commission (NZFC) and the Festival Coordinator Jim He, and the feature films that will screen at NZFF China are:

‘Everything We Loved’, Max Currie (Writer/Director) and Tom Hern (Producer)_

‘Ever the Land’, Sarah Grohnert (Director) and Alexander Behse (Producer)

‘The Ground We Won’, Co-directed and co-produced by Miriam Smith and Chris Pryor

The four short films are:

Michael Stephens, Wellington film and entertainment lawyer and honorary adviser to the Festival said, “The standard of the films chosen this year reflects great credit on all the directors, producers and cast and crew involved. Without exception, they’ve produced great cinema on often very limited budgets. Winning selection to the New Zealand Film Festival in China is testimony to the growing reputation of our independent film makers and the New Zealand film industry overseas.”

NZFF China Festival Organiser Jim He said, “The Festival provides additional exposure for these films, many of which have won selection to other International festivals. More importantly, the Festival helps boost New Zealand’s profile in the largest potential market for New Zealand’s film and digital entertainment sector.”

The NZFF China has proven to be hugely successful. Established as a biennial event in 2002, this will be the eighth such Festival. Previous events have been broadcast extensively on the CCTV-movie channel reaching an estimated 1.4 billion viewers.

Jim He acknowledged the great assistance provided by the NZ Film Commission to the Festival.  The Festival is coordinated by the Pacific Culture and Arts Exchange in conjunction with support from the Film Bureau of the State Administration of Press, Publication, Radio Film and Television of China and the New Zealand Film Commission, and the Embassy of NZ Beijing, the Consulate General of NZ Shanghai and the Consulate General of NZ in Guangzhou.

Award winning films to showcase in New Zealand Film Festival in China
+ Text Size -
Do NOT follow this link or you will be banned from the site! Original generation time 2.4309 seconds. Cache Loaded in: 0.0317 seconds.