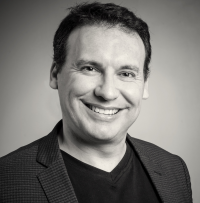 The Turn of the Screw, a film adaptation of the classic Henry James ghost story, adapted by and directed by Alex Galvin will have its World Premiere at the Shanghai International Film Festival this Saturday, followed by two further screenings. The Turn of the Screw is the only New Zealand film screening at Shanghai this year. Tickets for its three screenings sold out in less than an hour.

Director Alex Galvin says, “Being selected for the second time for Shanghai is a real honour and it’s the perfect setting for our World Premiere. That all our screenings sold out so fast is particularly exciting, and hopefully a good indicator for how the film will do everywhere!”

The film was shot in Wellington and stars top New Zealand female actors Greer Phillips and Jane Waddell (Send a Gorilla, Separation City), as well as Ben Familton (What We Do In The Shadows) and Ralph Johnson (Eternity & Chronesthesia).

This film is Produced by SDGNZ member Ed Sampson and Nicola Peeperkoorn (The Chills, Six60: Till the Lights Go Out) and Emma Beale, both members of Women in Film and Television Inc (WIFT).

Kiwi feature film The Turn of the Screw sells out at Shanghai International Film Festival in under an hour
+ Text Size -
Do NOT follow this link or you will be banned from the site! Original generation time 4.2263 seconds. Cache Loaded in: 0.0004 seconds.