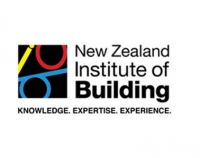 The New Zealand Institute of Building (NZIOB) announced the winners of the 2017 NZIOB and GIB® Awards for Excellence on Friday, 25 August at a gala evening at the Pullman Hotel, Auckland. The awards, which are in their 24th year, celebrate and recognise the professional excellence of individuals in the building and construction process, rather than the project or completed structure.

NZIOB chief executive Malcolm Fleming said, “The NZIOB congratulates all this year’s winners and finalists. These awards contribute to the NZIOB’s goal of improving the standing of the building profession by showcasing the commitment of those working in the sector to excellence.

“Past Award winners have included many of the construction industry’s high achievers, consistent with the Award’s stature, as does the fact that a number of past Young Achiever winners now hold very senior roles within the sector. The 2017 winners will likewise follow this trajectory.”

The winner of the 2017 GIB® Supreme Award was Andrew King, a project director with Hawkins Wellington, for his role in managing the Wellington Airport Terminal Extension.

This project encompassed 6,000m2 of combined new build and refurbishment at the southern end of Wellington Airport’s Main Terminal Building and the reconfiguration of the Airport’s southern apron. Working within a live airport environment created multiple constraints around access, security, noise and other unique airline requirements. Having to work on a live airport apron, meant that workers were placed within 20 metres of moving aircraft and worker safety was of paramount importance. Due to the extreme operating environment, it was necessary to undertake a significant amount of high-risk works out of peak hours. This resulted in nightshifts with up to 70 workers being run across a 22-month period. By utilising the resources and knowledge of the entire team, Andrew was able to deliver a high-quality product within an agreed budget and programme.

James Reed began his career with Dominion Constructors in 2007 as a cadet/trainee supervisor. He has since undertaken Site Supervision and Project Management roles across a varied range of commercial and civil construction projects, and completed a Bachelor of Construction Management.

James is Dominion’s youngest Senior Project Manager, and an example of a new breed of construction managers who embrace technology, and the advantages it brings to effective site and job management. He is an advocate for Building Information Management (BIM) system and encouraged the company’s other project managers to adopt the technology. As Chair of Dominion’s cadet committee, James manages the company’s cadetship programme, which includes 18 cadets.

The Judges commented that James is “someone whom will go far and make a significant difference to the New Zealand Construction sector.”

Chris Bassett joined the construction industry as a carpentry apprentice straight from school. Following a period of self-employment, he worked with a mid-sized company specialising in leaky homes and saw first-hand the results of poor design and workmanship. This provided him with the knowledge and skills to ensure that buildings that he is involved in, are water tight. He joined Dominion Constructors in 2011 and within a year he was in charge of a $23m apartment complex. In 2013 Dominion had identified the growth in multi residential projects of scale in the Auckland market, and decided to develop specific capability to deliver large residential developments. A Residential Division was created within the company and Chris became part of the new team. Chris also leads and manages the Dominion Apprenticeship programme which currently has 15 apprentices.

The Judges commented that Chris is “an exceptional professional, whose achievements over such a short career are outright impressive.”

The winners of seven Project Cost Categories Awards were:

Sarah McDonald won the Site Safe Safety Excellence Award 2017 for her work on the $630m Mackays to Peka Peka Expressway on the Kapiti Coast. This project was delivered by the M2PP Alliance, and Fletcher Construction’s Sarah McDonald held the role of Lead Operational Advisor for the project’s Health, Safety and Wellbeing (HSW) team. As such, she developed a strong HSW culture across the numerous teams assembled to deliver the 18km long expressway. This was a significant challenge given that there were up to 600 people working on site at any time.

The M2PP Alliance invested $1.5m into the creation of comprehensive HSW programmes that Sarah developed and put in place. The scale of HSW programmes was immense, with 5,100 people delivering over five million working hours across the project’s lifetime.

Sarah not only delivered the extensive induction training, she provided regular toolbox events and information forums, all of which were designed to achieve compliance and to instil a genuine culture change across all teams.

One of the elements of Sarah’s performance that impressed the Judges, was that she implemented several key initiatives that could be successfully adapted for use by the wider construction sector.

The 2017 James Hardie Innovation Award was won by Kerrin Manuel, a project manager with LT McGuinness, Wellington, for the St Mary of the Angels Church earthquake strengthening project.

St Mary of the Angels, a heritage listed building of great cultural and architectural importance, was closed following damage sustained in the 2013 Seddon earthquake. The driver for the innovative approach that Kerrin Manuel developed for the project, was driven by budgetary demands (the project was funded by donations and grants) and practicality. The St Mary’s structure comprises ten massive portals, made up of 15-metre-high archways on supporting columns that hold up both roof and walls. Re-strengthening involved new foundation beams, new columns, and most of the portals themselves.

Given the budgetary constraints, Kerrin developed a quicker and safer way to handle the core job. This involved making the temporary support towers for each portal mobile by adding structural castor wheels. This idea was further developed to become the internal rolling gantry that was ultimately used. Not only was the innovation practical, it cut 15 weeks out of the programme. This innovative approach had immediate benefits for the St Mary of the Angels project, while providing longer term benefits for the construction industry, as the system can be utilised for other projects.

Simon Barnes FNZIOB, the Convenor of the Judging Panel, congratulated all those who entered this year’s NZIOB and GIB® Awards for Excellence. He said that the standard of entries was again impressive, and the eventual winners were justly outstanding and worthy of award recognition.

The NZIOB recognises the support the winners have received from their companies, teams and families, which has allowed them to deliver world class construction projects to their clients and the wider community.

About the NZIOB & GIB® Awards for Excellence

Simon Barnes is the Convener of Judging. Simon is a Quantity Surveyor with 40 years’ experience across a wide range of commercial, residential, industrial and retail developments.

NZIOB Awards for Excellence 2017
+ Text Size -
Do NOT follow this link or you will be banned from the site!