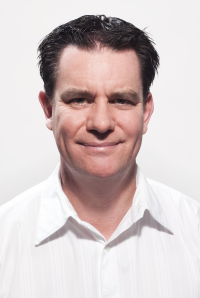 Entries for the New Zealand Institute of Building (NZIOB) and GIB® Awards for Excellence 2017 and Young Achiever Awards close on Tuesday, 9 May.

Established in 1994, these Awards which are the only New Zealand building industry awards that acknowledge and celebrate the people behind recently completed building projects, as opposed to the project of completed structure. The awards are open to anyone in the industry and are judged by a panel of experts from the industry.

NZIOB chief executive Malcolm Fleming said, “The NZIOB Awards provide those working in the industry with the opportunity and platform to showcase themselves, their work, company and project to the building and constructing industry, and to gain recognition from their peers.”

The other four Award categories are: the James Hardie Innovation Award, recognising innovation in the industry demonstrated within a project; the Site Safe Safety Excellence Award, recognising excellence in ‘Safety in Design’ and safety initiatives on a construction site; the BCITO Young Achiever Award, recognising achievements of industry members under 30 as of 9 May 20172107; and the GIB® Supreme Award, chosen from entrants to the project scale and cost defined categories.

This year’s Award of Excellence winners and the two NZIOB Charitable Trust scholarship recipients will be announced on Friday, 25 August at a gala evening at the Pullman Hotel, Auckland.

Malcolm Fleming said, “Past Award winners have included many of the construction industry’s high achievers, which reflects the Award’s stature, as does the fact that a number of past Young Achiever winners now hold very senior roles within the sector. The 2017 winners will likewise follow this trajectory.”

About the NZIOB & GIB® Awards of Excellence

Simon Barnes is the Convener of Judging. Simon is a Quantity Surveyor with 39 years’ experience across a wide range of commercial, residential, industrial and retail developments.

NZIOB & GIB® Awards for Excellence 2017
+ Text Size -
Do NOT follow this link or you will be banned from the server!