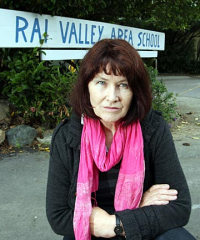 Faye and Bernard Leov are appealing the judgment of the Blenheim High Court, delivered on 29 August 2017, which found them liable defamation for the contents of a letter sent by Dunedin writer Susan Dunn in September 2012.

Wellington barrister Christopher Griggs, who is acting for and Leov, said: “The appeal is based on what the appellants say are errors of fact and law in the High Court judgment.

“The letter at the of the defamation hearing was prepared and signed by Dunn, not by and Leov. Dunn was an independent contractor – she was not the Leovs’ employee.  She sent the letter at a time when Leov had told her not to.  Despite that, the High Court found that Dunn was the Leovs’ agent and held that they were liable as co-publishers of what she wrote.  The say that was wrong in law and fact, which is the main reason they are appealing.”