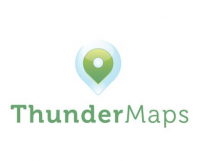 The investment rounds attracted funders from both Australia and New Zealand who have purchased convertible notes at a 20% discount on a future equity valuation.

The proceeds from this second funding round will be used to expand into the larger Australian and UK markets.

ThunderMaps core mission is to make people safer, and they do this by letting people know when they are in danger in real-time, by sending them instant them alerts on their phones and showing them how far away the danger is on a map.

The investment rounds attracted funders from both Australia and New Zealand who have purchased convertible notes at a 20% discount on a future equity valuation.

ThunderMaps Managing Director Clint Van Marrewijk said, “The first 3 years of our business has been all about developing a robust product which customers love and trust.

“When you are in the business of providing organisations with critical safety alerts, trust is the most important thing. We are proud to provide organisations like Downer, TB Free New Zealand, CSS Disability Action and Waikato Regional Council with custom made alerting apps.

“We are also endorsed by The European Commission to provide citywide implementations of our safety software.

“Having now secured sufficient capital to underpin the company’s growth ambitions for the foreseeable future, the focus is now on sales growth and leveraging the investment in technology that we have already made.”

Established in 2012, ThunderMaps is a leading provider of off the shelf mobile reporting software.

It makes applications targeted towards improving health and safety in organisations, and communication tools for governments and organisations.

ThunderMaps services tens of thousands of users in 11 countries, and has offices in New Zealand, Sweden and the United Kingdom, contracts with governments, cities and large businesses.

High performance NZ safety software company primed for growth after closing second funding round
+ Text Size -
Do NOT follow this link or you will be banned from the site! Original generation time 1.9041 seconds. Cache Loaded in: 0.1742 seconds.