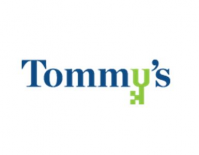 Tommy’s Real Estate, Wellington’s leading real estate agency, signed sales of 111 properties in the Capital in March, up on the 99 sales achieved in February.

While sales have increased in March, Tommy’s managing director David Platt reports that inventory levels (confirmed by Realestate.co.nz data) are still significantly less than ideal. This is particularly so, given that this period is still considered the busiest time of the year.

“Listings rose 49% from a low January base of 1029 into early February but have really only flatlined over the last 3-4 weeks. At the end of March, there were only 1543 properties listed for sale throughout the Wellington region according to Realestate.co.nz data,” David Platt said.

“This is a reflection of the significant shortage of available and affordable housing and, with current building levels, this situation seems unlikely to improve significantly in the foreseeable future. This is not a new problem. Building has lagged behind demand for 2-3 years and has been exacerbated by high levels of immigration and increasing urbanisation as people move from the regions to metropolitan centres.

David Platt observed that property development is not an easy process in this country. Developers encounter difficulties navigating the red tape required to satisfy local authority requirements and the infamous Resource Management Act, which creates its own difficulties. The Dominion Post recently reported that it took up to 2-3 years to gain consents for a major development before the first house could be built. The council seems to forget that the property market just 3 years ago, was a different beast to what it is today. Developers 3 years ago, were catering to the market at that time.

“No doubt this will be welcomed by the recipients if not by other ratepayers facing rating increases but we don’t think it will necessarily result in anymore new housing been built. We suggest this money would be better directed to giving new home builders and developers lower consent fees, a quicker turnaround for gaining consents, and providing advice to make the process simpler and quicker.

March also saw an increase in sales to out of town purchasers with 15 homes purchased by people relocating to the city, up for nine in February, and 26% of the company’s sales were to investors up from 15% in February. The 23 apartment sales for the month comprised 20% of all property the company sold, which compares with 19 apartment sales (also 20% of total properties sold) in the month prior.

“Buyer enquiry remains firm on the back of a shortage of supply. Looking ahead, we expect the next three months and beyond to offer good selling opportunities for those contemplating a sale in that period.

“However, if the Council wants to ensure that Wellington has the pipeline of new homes it needs as Mayor Lester claims, it needs to look within rather than blame developers. Currently, we think its costs are too high and its process too complex and time-consuming. Council has to recognise the changing market has caught them off guard as much as it had local developers and respond accordingly.

“It is time for the Council to walk its talk and ‘be open to business, and ensure its planners are there to help as opposed to make things difficult,” David Platt said.

Wellington Housing Market constrained by Shortage of Supply & Red tape
+ Text Size -
Do NOT follow this link or you will be banned from the site! Original generation time 2.1358 seconds.